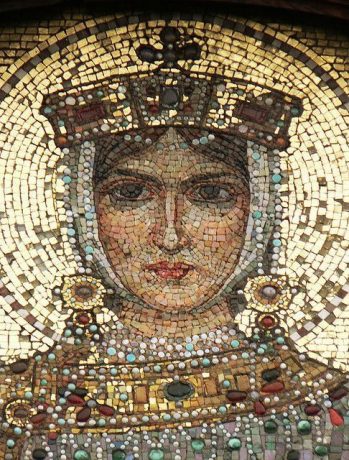 The position of women in Roman Byzantine music

By Byzantine Roman music, we mean the music of the Roman Empire in all its extension from east to west, sacred and profane.

THE ROMAN WOMAN IN THE EAST AND IN THE WEST

Until recently, the collective opinion was that the role of women was invisible.

Even when it was evident, the role of women of the high aristocracy seemed to have only to do with murderous women, prostitutes, megalomaniacs, corrupt, poisonous, twisted, ambitious to the extent of criminals, etc.

Opinions are not like that for the woman of the Roman Byzantine world, but there is a confusion regarding the position of women in the Western world of the Middle Ages.

Today it is known that Roman Byzantine women held a very special, important and notable position.

Not only in the family, philanthropic, welfare and professional fields as one would expect, but also in the social, political, economic, cultural and musical fields.

Even in the military sector, which at that time would have been unlikely for a woman from the West! We will talk about this in a future article.

Many women attained a high level of education and were distinguished by their intelligence and erudition.

In the Roman Byzantine era there were composers of secular and sacred music and also female singers, skilled in the art of singing, as it is today.

The existence of male composers is superior, but the presence of women is relevant.

Thus, already from the first centuries (2nd century) the participation of women in the worship of the Church as deaconesses to sing various hymns is witnessed.

The identification of female composers in the art of singing today is quite difficult, and this is because composers up to the 12th century were almost all anonymous.

However, Roman women such as the case of the historian Anna Comnena (11th-12th century) does not leave us much room for her exclusion from music, as the erudition of this princess already impressed the great men of the spirit from her time. .

If further evidence ever comes to light, they will be able to confirm these speculations not only for Anna Comnena, but also for other women of the same class such as Zoì Karbunòpsina (10th century), Evdokìa Makrembolìtissa (11th century), Anna Dalasinì (11 12th century), Irene Doukèna (11th-12th century), Theodora Raùlena (14th century) etc.

EDUCATION AND ADHESION TO THE ANCIENT CHRISTIAN RELIGION

These women were raised in the study of Greek poetry, rhetoric, science and philosophy.

In addition to being skilled in directing the state and governing the Roman Empire, they opposed the Latin Church (already split from the Orthodox Church)

and considered the Crusades a political and religious danger, thus showing their belonging and profound adherence to the ancient Christian religion. .

Some of these women in Byzantine music retired to the monastery and ended their life there.

In the monastery they could also devote themselves to religious poetry and to compose hymns for the church as we can suppose for Anna Comnena.

And for Zoì Karbonòpsina (with “carbonizing” eyes) who was the empress and consort of Leo the Wise?

Leo the Wise is the famous Eastern Roman emperor composer of liturgical, didactic and exegetical hymns, dedicated to the Resurrection of Christ,.

They are still sung in the Orthodox Church today! Zoì also ended her life in the monastery.

In addition to the administrative management of the empire, Evdokìa is also credited with a dictionary of history and mythology,

a collection of genealogies of ancient gods and heroes and heroines.

Anna Dalassinì may have been tonsured nun because her seals bear the title of “palace teacher” and tonsured nun.

Under the Comnenian dynasty, women not only continued to hold the roles of empress but founded monasteries, supporting the clergy, theologians and writers.

THE ART OF SONG AS DIVINE SERVICE

The art of singing as a means of communication with the Creator has already completed more than 10 centuries of presence and historical reference.

Since the 9th century, when the first musical manuscript appears (at least until now) many musicians,

hymnographers and composers have served the music of the Orthodox cult and dedicated their lives to it.

Among these names the presence of women was therefore evident and this demonstrates the position of women in general in the Roman Byzantine world.

Thanks to the millenary handwritten tradition of monastic singing, today we know some names of women in Byzantine music who dedicated themselves to the art of singing.

Starting from the 9th century we meet the name of the nun Marta who was the mother of San Simeone lo Stilita and was an abbess in a monastery in Argos.

Another nun lives in the same century, Theodosia, a nun in one of the famous monasteries

With the help of free Encyclopedia of wikipedia for personal names that appear in the article. 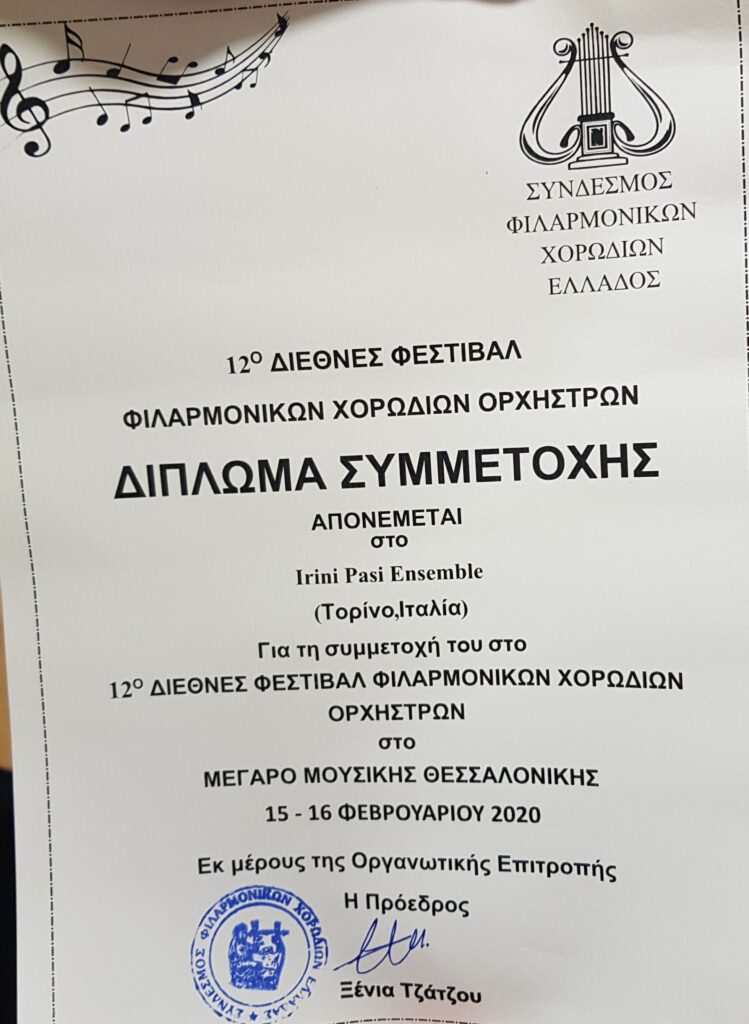 BYZANTINE SCHOOL MUSIC 2019/2020 AUDITIONS AND INTERVIEWS ARE OPEN TO ATTEND THE COURSES: 1) APPROACH… 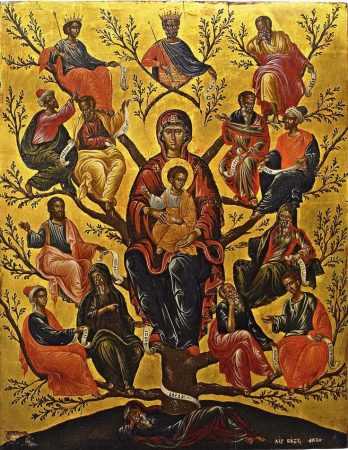